Another one from the SMWS today. A 25 year old Craigellachie (SMWS 44.73) with the dubious name: ‘Long live the difference’. Hmm I wonder what that means…

Craigellachie is one of the distilleries of Dewar & Sons (owned by Bacardi), and their whisky is mainly used for Dewar’s blended whisky. But as from 2014 there was also a range of single malts released, these bottlings are all part of Dewar’s ‘Last Great Malt’ series. There are also a few releases from independent bottlers and the ones I tasted were pretty good. So let’s see what this one brings.

This Craigellachie has matured in a Refill Ex-Bourbon Hogshead and is bottled at 52,0% ABV.

Nose: Fruity at first with mostly white fruits like pears, apples and a touch of farm smell. Lemon and floral notes which ends in vanilla tones. Quite a sweet nose but it’s interesting to see how the farm notes blend well with the white fruits. Later minerals, some sort of limestone and mushrooms. The sweetness dissapears more to the background. With water it’s even better, the lime and grassy notes really speak now.

Taste: Schweppes, lemon and waxy tones. The limestone and the mushrooms can be found here as well. It tastes better then this combination of flavours would suggest. Really good. Although the nose is a bit more interesting.

Finish: The finish is mid-long and a little bit dry. Again the grassy notes and limestone, but also seaweed and some sweetness that I can’t define.

Ok, I’m glad the name already said enough: ‘Long live the difference’, as I had never guessed it would be a Speyside whisky and certainly not Craigellachie. It’s different, but it’s a wonderful dram!! Great taste and even better nose. Really something I could enjoy for a long time. Thanks Roger for the sample!! Anyone got a bottle available? 🙂 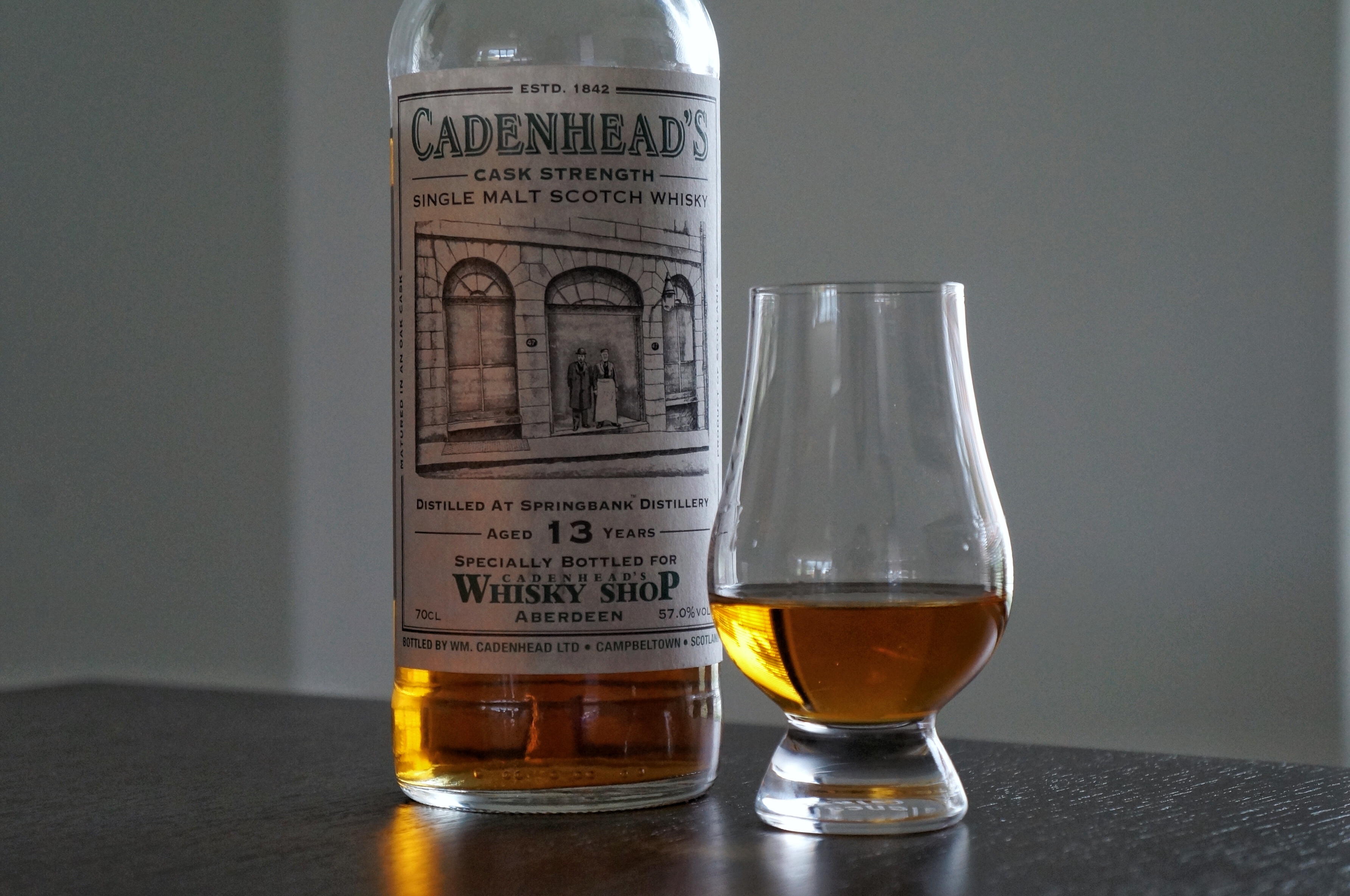 This Springbank 2003 is part of a series of 10 single casks, all bottled by Cadenhead to celebrate…