Together with Glenburgie and Miltonduff, Glentauchers is one of the main components of the Ballantine’s blend. There were no official bottlings until a series of these three were released as a single malt in 2017, under the Ballantine’s brand.

Now a few years later, this is still the only standard bottling. But if you want to taste more official bottlings, you will have to focus on the Distillery Reserve Collection. A series that was created by Chivas a few years ago and that offers single cask releases from all their distilleries. The only problem is that these are only available in the visitor centres of the distilleries in question.

Personally, I find these releases often very good. I have tasted a few from Aberlour that were really nice and this one from Strathisla that I reviewed a while ago was also very tasty. So usually, when I’m in Scotland I always take a look if there is something nice to find in those visitor centres. And during my last trip to Scotland, I bought this Glentauchers 2006. A special one, because a Glentauchers matured in a 1st fill sherry cask is not something you often come across. And it made me wonder if the light character of Glentauchers can cope with the influence of this cask. Let’s find out, shall we?

This Glentauchers has matured in a 1st fill sherry cask and is bottled at 64.1% ABV.

Nose: A real sherry influence here, as expected. Dried fruits, like raisins and dried figs. A leather note and dark chocolate. Then it starts to become fruitier, with mainly dark forest fruits such as blueberries, sweet blackberries and dark cherries. Some honey here as well. Followed by caramel fudge and a hint of toffee. After a while, it also gets a hint of red berries. Nice, but not much of the Glentauchers character so far. With water: somewhat less heavy. It becomes fruitier and it adds some freshness from oranges and a hint of lemons. Strawberries too.

Taste: Sweet forest fruits at first, blueberries and sweet ripe blackberries again. This is followed by leather. A sweet note from honey. And spices, cinnamon, nutmeg, black pepper and chilli peppers. I think we need some water here…. Sooo, with water: That’s better. Sweeter, fruitier and less spicy but the chilli peppers are still here. It adds some lovely dark chocolate as well.

Finish: Long with spices and burnt caramel. With water: adds chocolate and honey.

Ok, the character of Glentauchers is completely gone. It seems like a good sherry cask though as a lot of flavours keep appearing and it’s ever-changing. Even though it’s quite unique to taste a Glentauchers matured in a sherry cask, I would have loved to see at least a bit of the Glentauchers character in here. But I should have known this wouldn’t be the case with a 1st fill sherry cask. So it loses some points here for me. It’s still nice though and if you like your sherry bomb then you probably would love this. 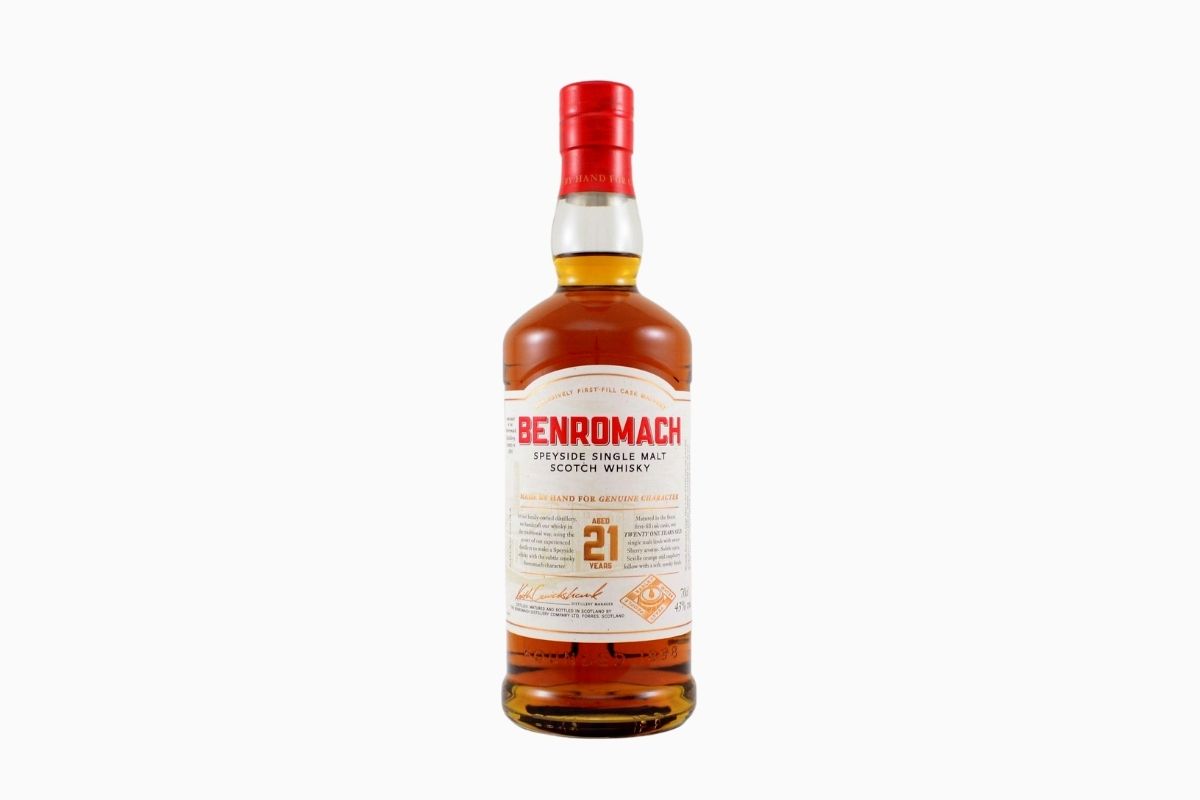