About a year and a half ago, I was introduced to the Irish brand Lambay Whiskey, and today I finally have something from them on the menu again, namely the recently released Lambay Reserve Cask Series.

This is the first batch in the new series, a triptych with the next two batches being released in the coming years. This first in the range is a triple distilled single malt, aged in bourbon casks before finishing in the signature Camus Cognac casks (both 1st and 2nd fill) A finish that is applied to all of Lambay’s whiskeys, resulting from a unique and ongoing collaboration of two families. If you like to know more about this interesting story you can read it here in my previous review.

This Lambay is bottled at a strength of 43% ABV.

Nose: Oranges. Then blueberries. But there is also a light note of cardboard and oatmeal. Wet tobacco leaves. Then it goes towards acacia honey and herbs such as sage and thyme. Lemons. Later also mint.

Taste: a hint of vanilla mixed with oats. There is a very light trace of smoke. Then oranges again. Salted caramel, followed by a soft herbal note leaning towards sage. A hint of liquorice. Although it’s pretty light, it also has some spices towards the end: Black pepper and cinnamon. After that, straight into the finish, I get some mint.

Finish: Somewhat short with salted caramel, a touch of black pepper, and a herbal note.

This bottle needs to be open for a few weeks because in the beginning, I had a sulfury note, but it has completely disappeared now (thankfully). But it’s a bit of an oddball, unlike anything I’ve ever tasted. A love it or hate it whiskey, perhaps. But it’s rather interesting as it continues to develop nicely, and there is a lot in it, which makes it a nice whiskey to try, although it may not be quite my taste. 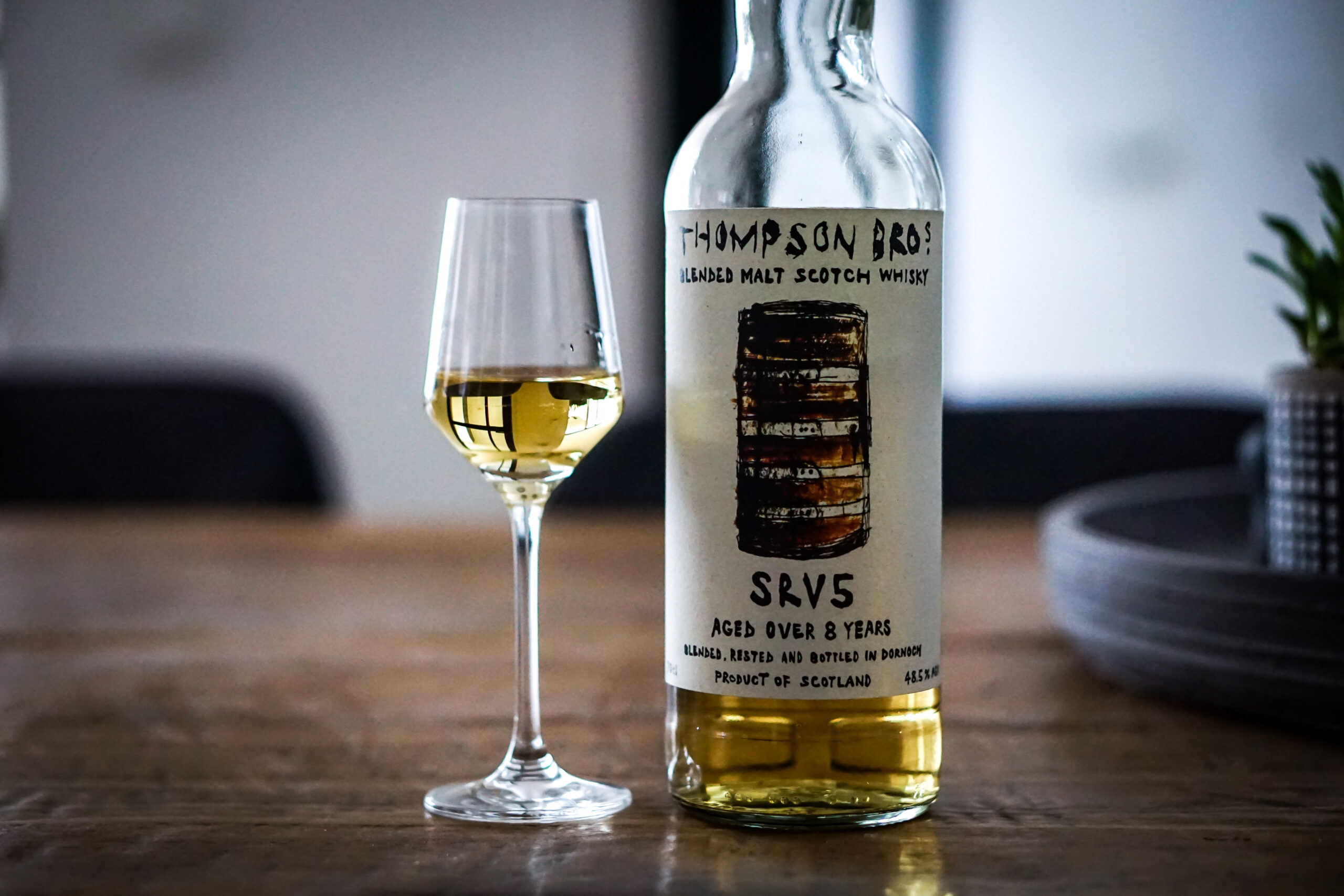 This SRV5 (Station Road Vat 5) is an 8 year old blended malt from the Thompson Bros, and… 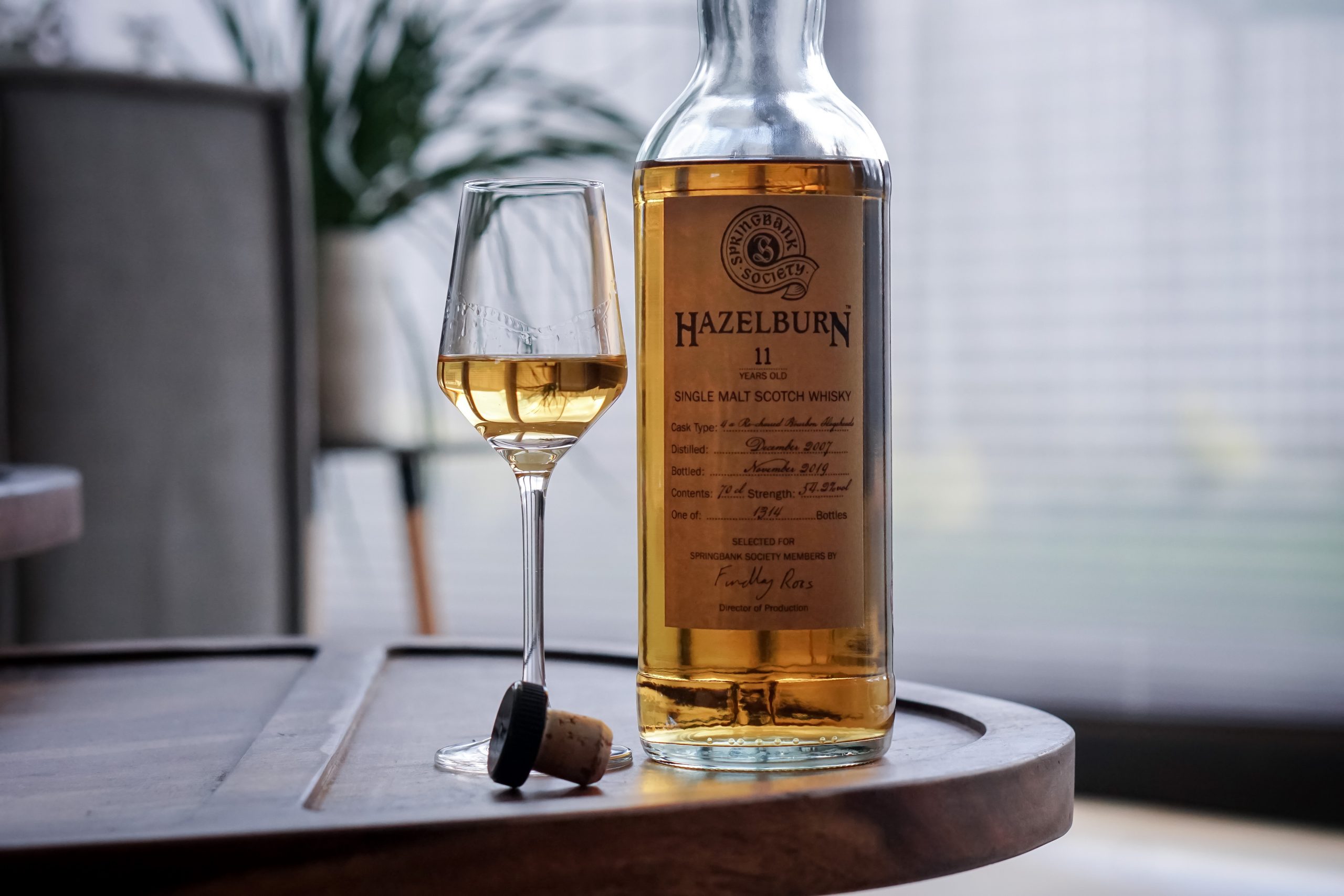 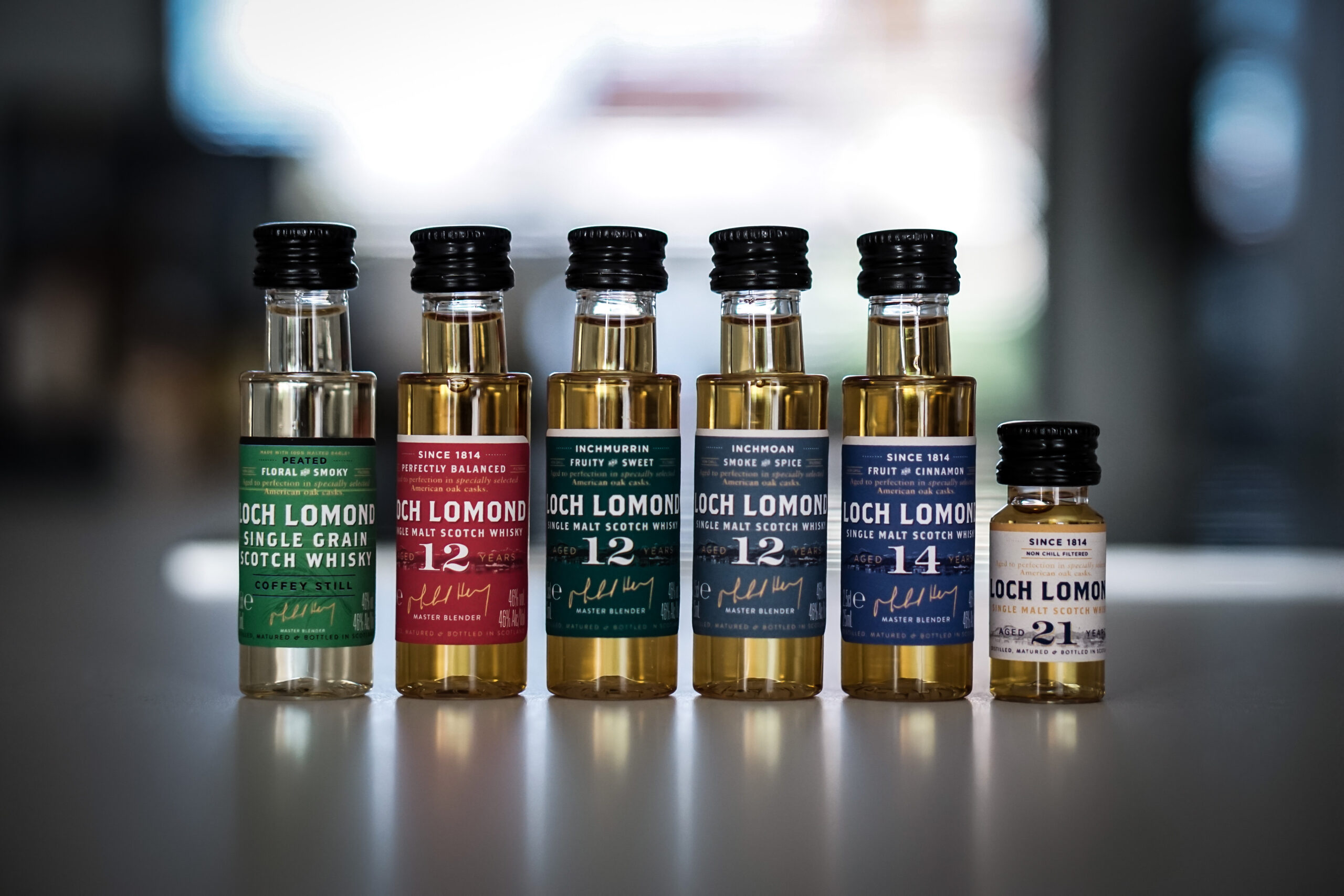 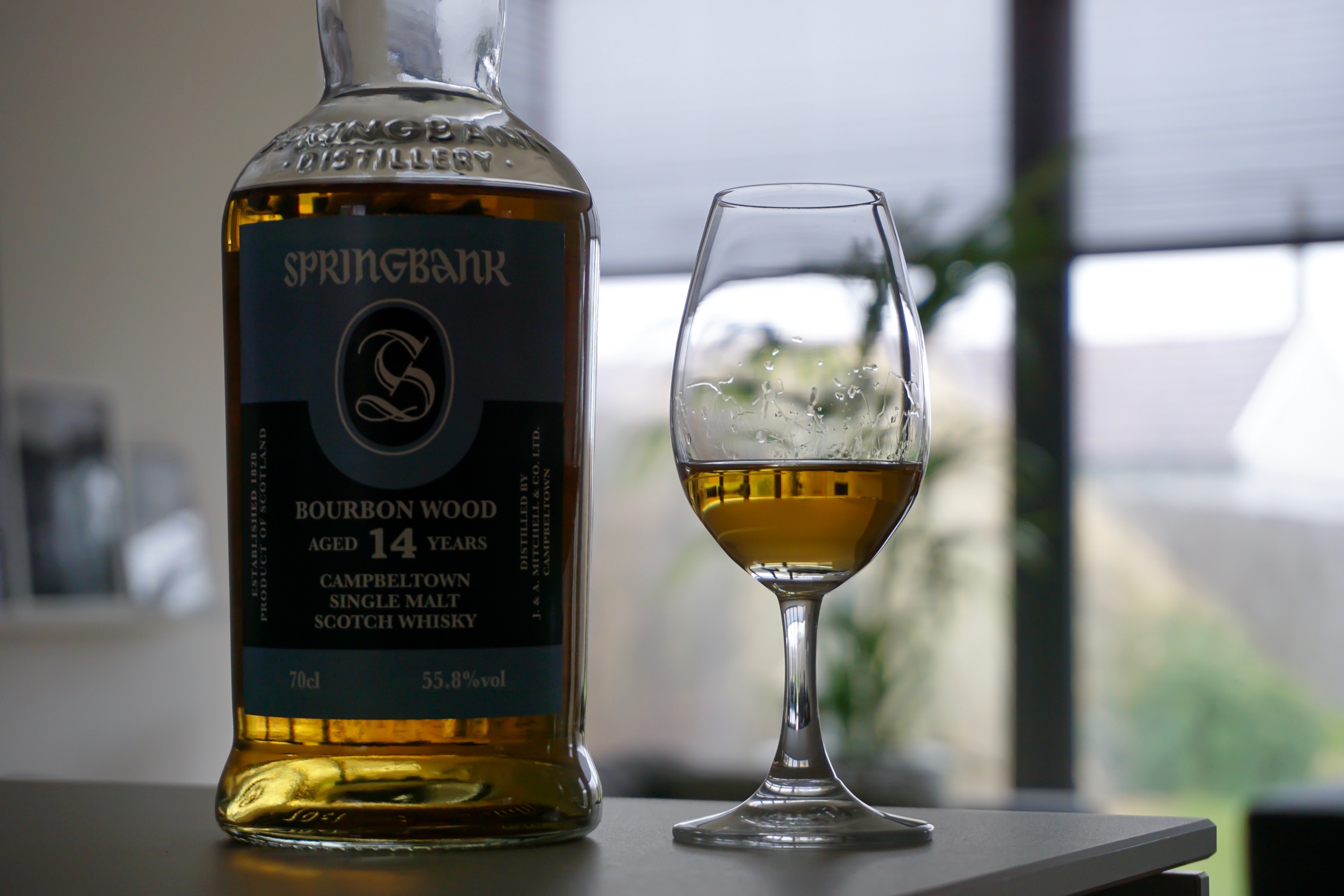